Noises Off!
by Michael Frayn

Called “the funniest farce ever written,” by the New York Post, Noises Off presents a manic menagerie of itinerant actors rehearsing a flop called “Nothing On”.  Doors slamming, on and offstage intrigue, and many plates of sardines all figure in the plot of this hilarious and classically comic play.

Here’s some reviews from the opening of the New York production:

Clear Creek Community Theatre’s production of Noises Off is now in rehearsal. Opening night is Friday, June 9th., with performances each weekend through Sunday, June 19th. Show times are Friday and Saturday at 8:00pm, with Sunday Matiness at 2:30pm.

Noises Off is a comedic crowd pleaser – we recommend that you purchase your tickets early! 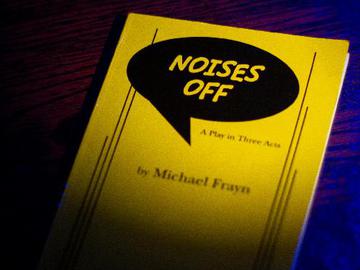