Laughter on the 23rd Floor

Clear Creek Community Theatre continues its 53rd season with Neil Simon’s Laughter on the 23rd Floor opening in Nassau bay on February 23rd.  Inspired by the playwright’s youthful experience as a staff writer on Sid Caesar’s Your Show of Shows, this Neil Simon favorite depicts the harried writing staff as they frantically scramble to top each other with gags while competing for the attention of star madman Max Prince.

Despite the show’s ratings slightly slipping across the country, the Max Prince show remains a massive hit on the East Coast. Despite this, network executive Cal Weebs insists that the show is too sophisticated for people in the middle part of the country and has begun to urge Prince to make his act simpler for all audiences to understand. Or simply put, Prince needs to dumb down his act. Along with heckling from a local newspaper columnist, Prince’s life has begun to unravel. Follow Max and his staff as they take us on a trip inside the writer’s room and all the wacky antics and crazy arguments that happen on the 23rd floor.

Neil Simon is the world’s most successful playwright.  He has had dozens of plays and major motion pictures produced.  Jack Lemon said, “Neil has the ability to write characters – even the leading characters that we’re supposed to root for – that are absolutely flawed.  They have foibles, they have faults…they are the people we know.”

Laughter on the 23rd Floor performances begin at CCCT on Friday February 23rd and continue through March 11th on Fridays and Saturdays at 8PM and Sundays at 2:30PM. Tickets are on sale now at www.ClearCreekCommunityTheatre.com  or call 281-335-5228 for reservations. Tickets are $15 for adults, $13 Students and seniors with group rates available. 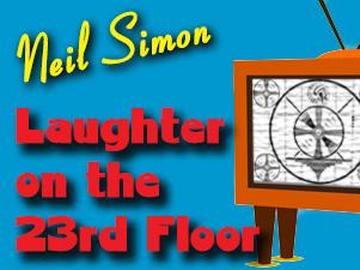