Agatha Christie's "Secret of Chimneys" revolves around Anthony Cade, a young drifter who seems to have found more trouble than he bargained for when he agrees to deliver a parcel to an English country estate known as Chimneys.

The Council Chambers at Chimneys, the Brent family estate, holds a dark and intriguing secret and someone will stop at nothing to prevent the monarchy being restored in faraway Herzoslovakia.

A young drifter finds more than he bargained for when he agrees to deliver a parcel to an English country estate. Little did Anthony Cade suspect that a simple errand on behalf of a friend would make him the centrepiece of a murderous international conspiracy. A sinister plot rife with diamonds, oil conessions, exiled royalty, an elusive master criminal and the combined forces of Scotland Yard and the French Surete. 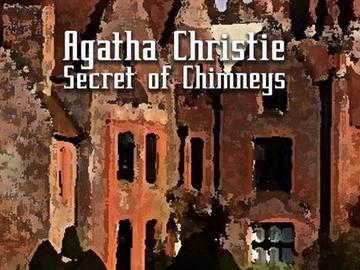